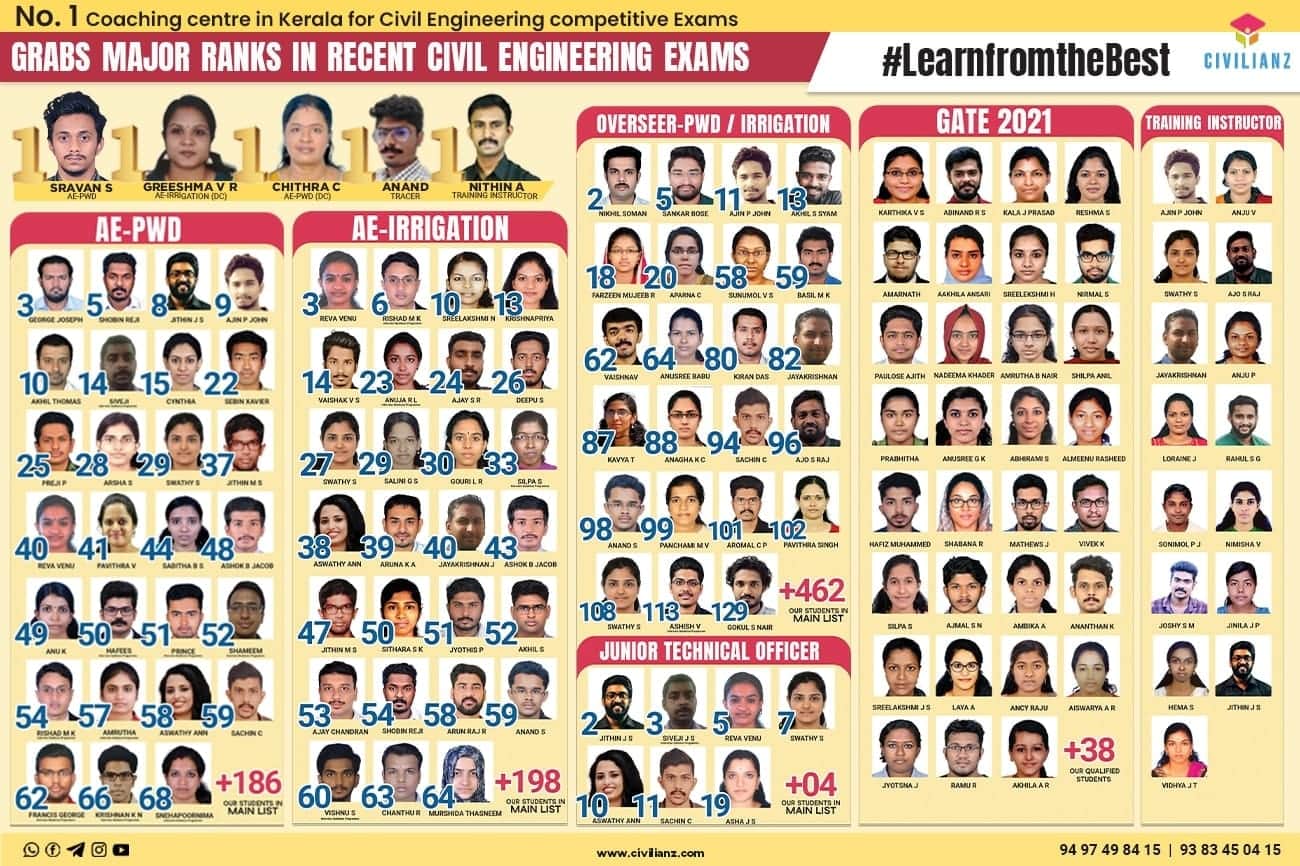 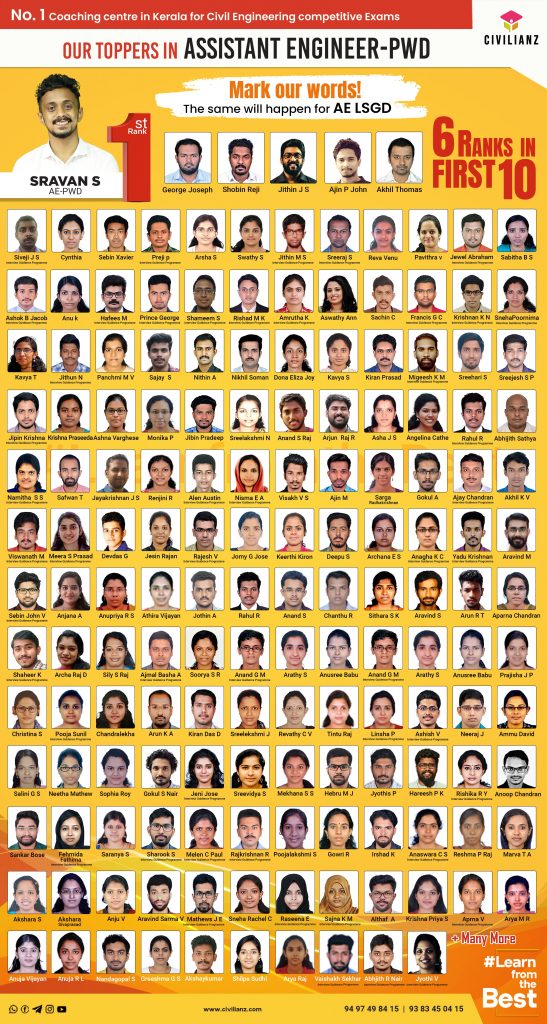 This is the most prestigious job offer in Government sector for a B Tech Civil Engineering graduate as far as KPSC is concerned. Entry level gazetted rank will make this job glorious for young civil engineering job aspirants across the state. Civilianz started intensive coaching for Assistant Engineer PWD, once when the job notification was out, to be exact on December 31st,2019.

The major recruitment process till publication of ranked list happened after about 2 years, in April 2021. The candidates went through an above average examination of 100 marks, interview process of 20 marks and certificate verification procedures. Even after the examination itself, we were confident about the lionshare of ranked list. As anticipated, Civilianz grabs major ranks including First rank. Have a look into major achievements made by Civilianz in this Ranked list.

Here is the list of winners from Civilianz in Assistant Engineer Irrigation Exam. 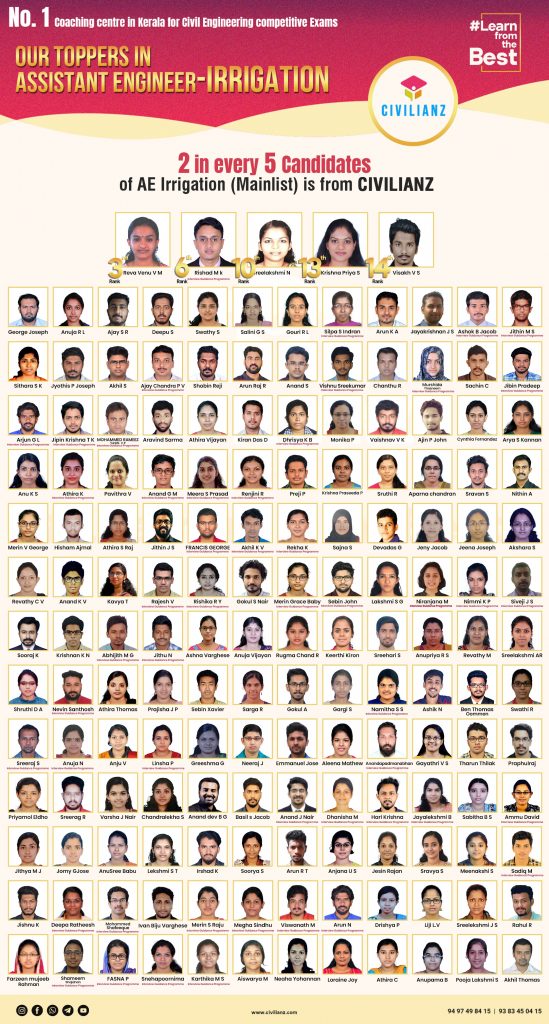 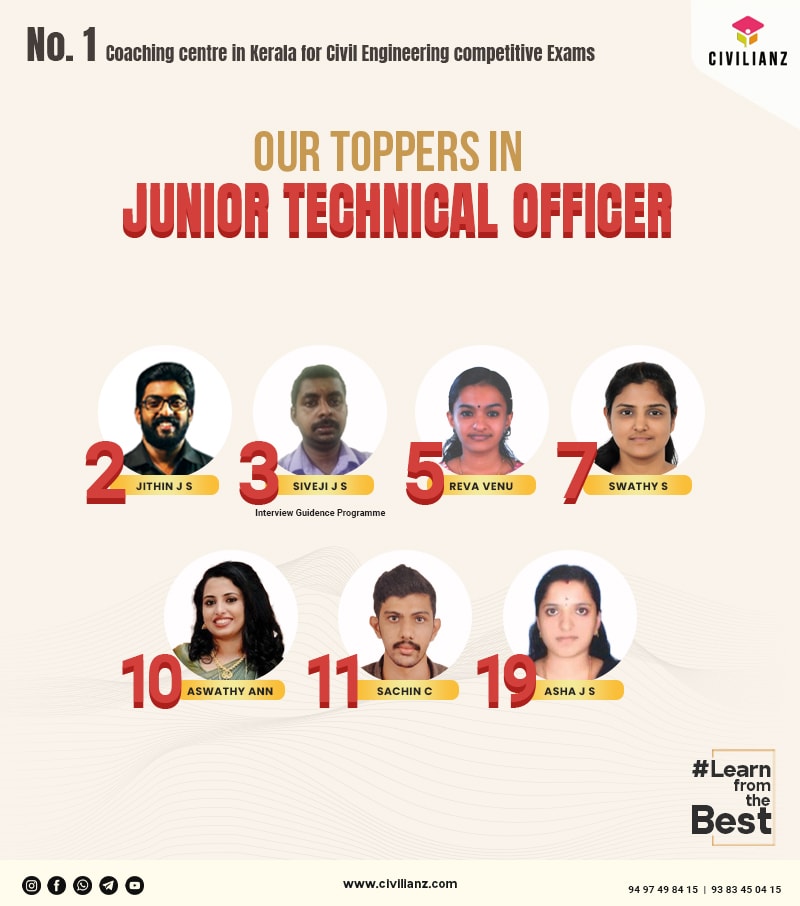 Junior Technical Officer in Kerala Financial Corporation is not a much awaited one as like that of Assistant Engineer. Only 20 students were included in Mainlist of Ranked list. A common exam conducted for Assistant Engineer PWD and Junior Technical Officer. Civilianz marked best results in Kerala for this exam too.Have a look into the milestones. 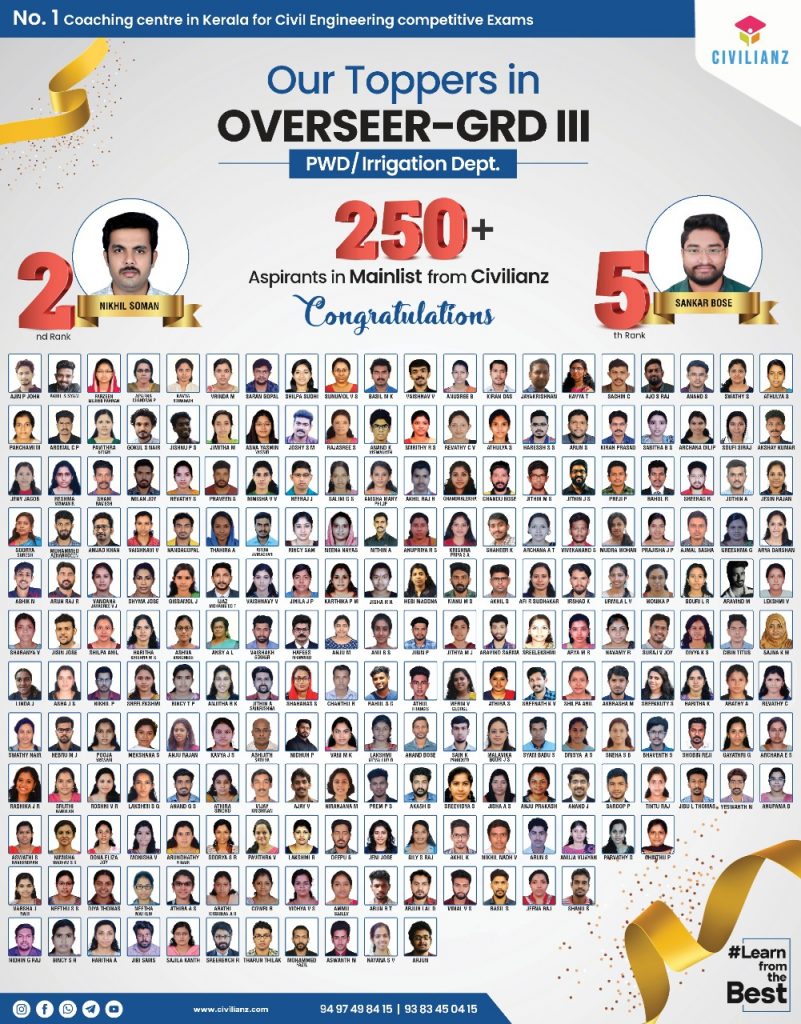 Just like Assistant Engineer exams, the best results in state for Overseer exams is also from Civilianz and the classes are so designed in such a way that our courses are helpful for Assistant Engineer and Overseer level exams. Overseer Gr.III PWD/Irrigation exam was comparitively simple and it is considered as the one of top scoring exams conducted by Kerala PSC for Civil Engineering aspirants till date. 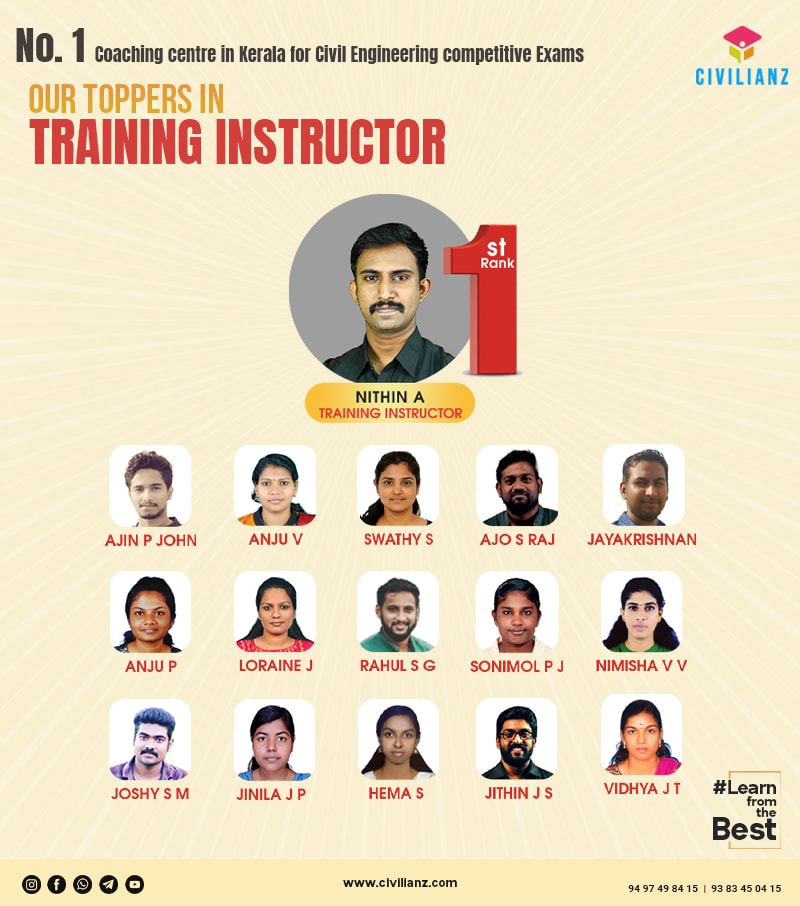 Training Instructor Civil is a teaching post. Aspirants who are fond of teaching job is best suited for this job. As usual Civilianz benchmarked the list with Top ranks including First Rank in this exam. Exam conducted in November 14th, 2019 and first advise made on second week of April 2021. 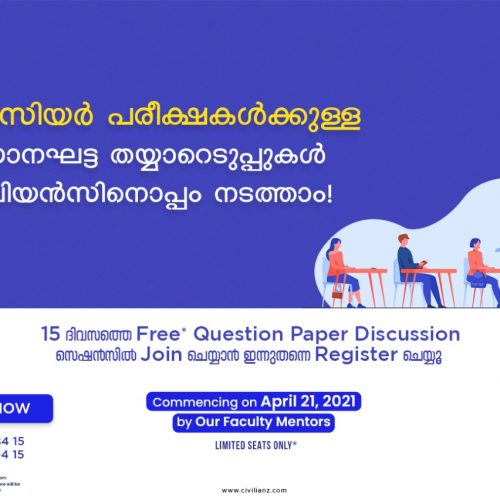 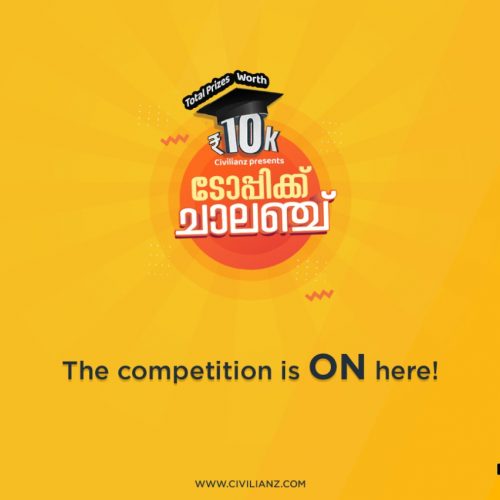 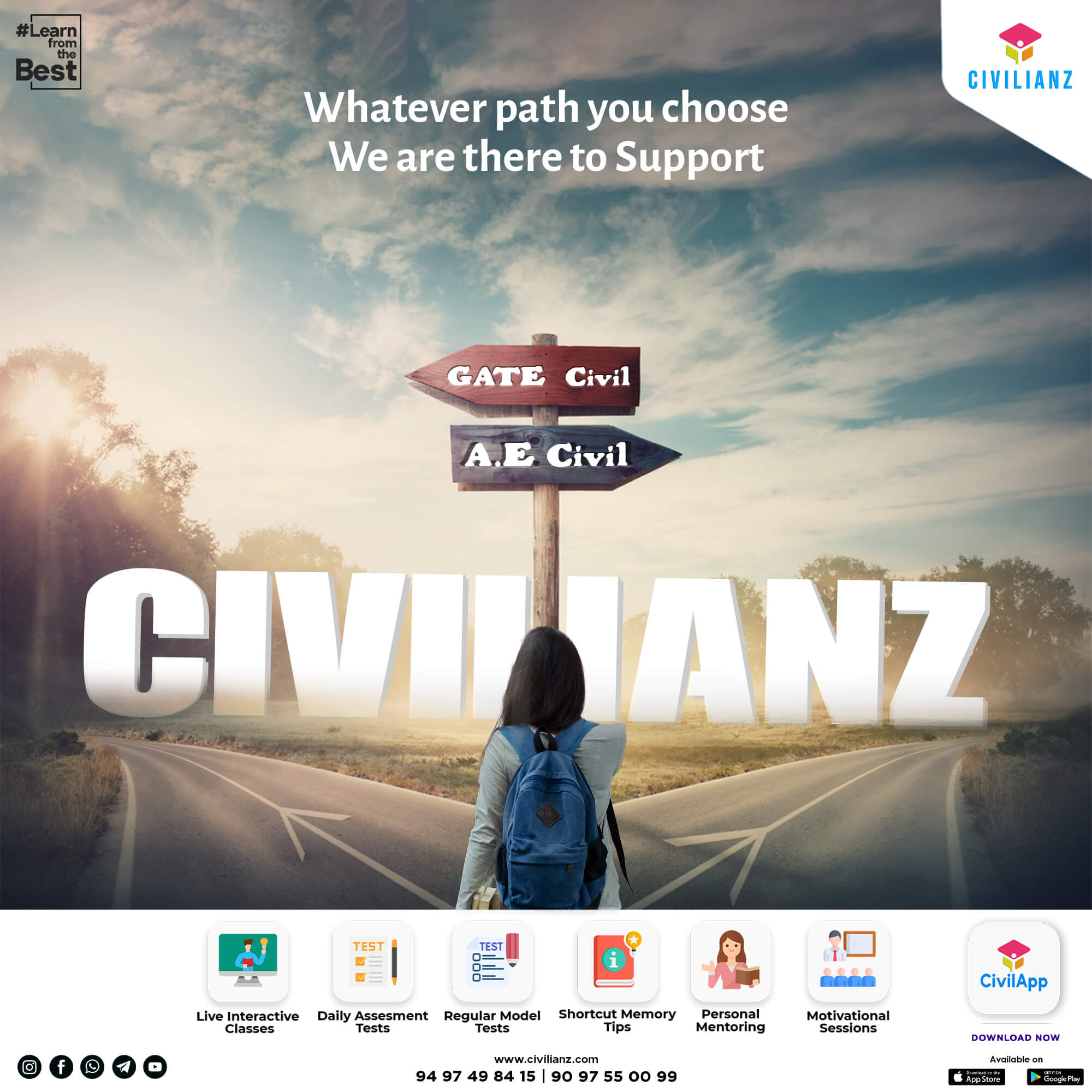